ROME - The presentation of the book Memorie d'Europa: Lia Wainstein, a free intellectual of the twentieth century edited by Regina Wainstein (Clichy Editions), was held recently at the Paolo Murialdi Foundation in Rome.

The presentation was attended, together with the curator of the volume, by Giancarlo Tartaglia, secretary general of the Foundation, the journalist Stefano Folli, who edited the preface, and Lia Levi, author of the afterword.

Lia Wainstein (1919 - 2001) was a European intellectual, active in Italy from the 1950s until the beginning of the 2000s. Slavist, translator and writer, she published more than 1150 works (volumes, essays and press articles) which reflect not only her personal intellectual itinerary but the spirit of her time. Cosmopolitan for training and vocation, she has maintained constant intellectual and human attention throughout her life to the Russian and Soviet world and to that important part that represents Jewish culture and tradition. The book is now presented on April 9 in Helsinki in conversation with Pauli Mäkelä, who, from 2006 to 2010, held the role of Ambassador of Finland in Italy.

Lia Wainstein was born in 1919 in Helsinki, Finland, into a Russian family that the October Revolution had led to exile. After moving to Italy, with a break in Switzerland to escape the racial laws, she became a journalist, writer and translator, supported by a solid cosmopolitan culture.

She was active for half a century, until her death in 2001, collaborating with such publications as Il Mondo, La Stampa and La Voce Repubblicana, as well as with numerous cultural magazines. Her home in Rome was always a sure point of reference for Russian dissidents, as well as a cenacle inspired by liberal principles.

The degeneration of Soviet power, the totalitarian system born in Russia on the betrayal of revolutionary hopes, the long march towards freedom, the role of intellectuals and their civil responsibility and then relations between Italy and the Soviet Union, love for Finland: these are among the many topics covered by Lia Wainstein, between culture and politics, in more than twelve hundred texts that the writer has left and from which her niece Regina has drawn the collection that makes up the volume. A tribute to an exponent of the great European culture of the twentieth century, a journey into the tragedy of the century.

In support of the republished texts, an appendix to the volume presents the entire bibliography of the Lia Wainstein’s works, surveyed and cataloged by Regina, who also edited a brief introductory essay on the volume.

Stefano Folli, a friend and colleague highly esteemed by Lia Wainstein, and Lia Levi, also linked to Lia by a long and affectionate friendship, have contributed to enrich the volume with their own original work. It’s also completed by a significant unpublished iconographic apparatus coming from the family albums.

To mark the occasion of the book’s presentation in the Finnish capital, one of the classrooms where the courses of the Institute of Italian Culture in Helsinki are held is to be dedicated to Leo Wainstein, father of Lia.

Leo Wainstein was a great supporter of Italy. Consul of Italy in Helsinki in 1919-1923 and honorary Consul from 1949-1968, he contributed to the commercial relations between the two countries as a member of the Italian-Finnish Chamber of Commerce. Thanks to his donation, in 1954 the headquarter of the Institute in Ullankatu was inaugurated.

The conference takes place at the headquarters of the language courses of the Cultural Institute, Ullankatu 3 A 2. It starts at 5.00 pm with the dedication of the classroom to Leo Wainstein and the conference on Lia Wainstein follows. The discussion takes place in Italian and Finnish. 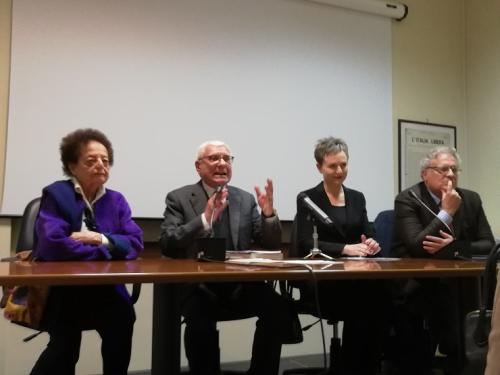 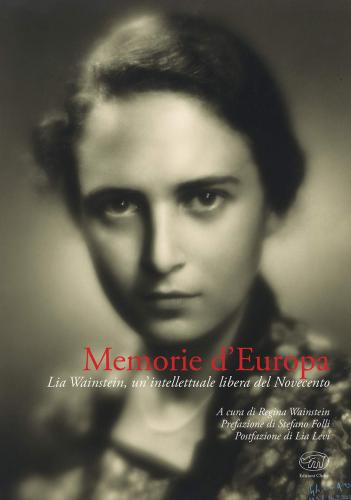