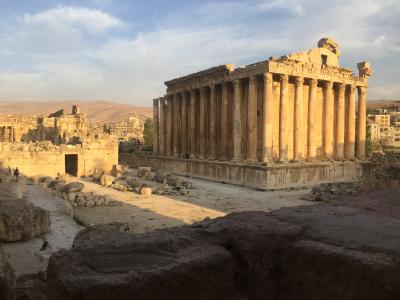 The Roman ruins at Baalbek

BAALBEK -- The largest Roman ruins in the world aren't the easiest place to get to. But don't let a few little things like Lebanese military, Syrian refugee camps and Isis bombers get in the way of visiting.  One of the finest examples of Imperial Roman architecture at its peak, it's worth all the bumps in the road to get there.

A UNESCO world heritage site since 1984, this wonder is in Lebanon, nestled on the Syrian border. We take a day tour with Lebanon tours in order to get there. The tour stops first 12 miles north of Beirut at the amazing limestone caves, Jeita Grotto. Under the caves is a subterranean lake, lower caverns and an upper gallery that one can visit on foot.

Next we pass onto the Cedars of God, in the Kadisha Valley. The cedar tree is the emblem of the country and when you see the massive beautiful trunks you understand why. They dominate the skyline of the slopes of Mount Makmel, some of them even adorn the figure of Jesus carved into their oak trunks.

After a quick snack we drive on Baalbeck Inata el Arz, a beautiful and deserted mountain road, past Syrian refugee camps, to a gold mosque. In front of the mosque are huge stone blocks.

Hussein our guide explains that the mosque remains highly guarded since Isis has made several attacks, including gun and bomb attacks, killing 12 people this year. The mosque belongs to those from the Shi'ite Muslim faith but Isis radicals fight those even within their own faith.

Once past the mosque, we walk down a narrow side street to the ruins, where souvenir stands sit empty and trinkets tinkle in the breeze. Due to the lateness of the year and the recent trouble in Syria there are no other visitors. We have the Roman ruins at our disposal. In the distance we can hear fireworks. The Lebanese flag flies from a military enclosure on the hillside.

Charbel, our guide, explains the history of the ruins and how Romans brought huge stones from the Aswan Dam to make the sacred temples. Over the years, the same spot held a Muslim castle. Hearing the distant fire crackers, we jump. "How far is this from the border?" I ask nervously, expecting a bomb to land at any moment. Our guide laughs. "Those are just fire crackers, and that on the hillside is the lebanese military."

I ask him how the Lebanese people are handling the Syrian crisis. "Many people think this is a new thing but Syrians have been coming to Lebanon to work for decades. They used to be able to come to Lebanon, make money and take it home but now they are not allowed, they must stay. They also are only allowed to do certain types of work here. But Lebanon has always helped the Syrians," he says.

Admiring the temples of Jupiter and Bacchus, and the tales of wine and Roman debauchery, one can really imagine going back in time.

I hope that Balbeek can be fully appreciated by the rest of the world. Charbel says the fall in popularity with tourists happened in 2011 with the Syrian War. "But since the terrorist bombings in Europe people are less afraid to visit Baalbeck -- they are coming to visit again."

I am not sure of the reasoning behind his statement but if he's trying to say that you can get blown up anywhere you go, then I guess he's right. Modern times eh?

After our excursions we are dying to have a glass of wine with our dinner, but Hussein takes us to a local restaurant that doesn't serve alcohol. We want to complain until we taste the amazing local humus and meats in huge portions.

Once back in Beirut, the next day we don burqas and go inside the Blue Mosque, a Sunni muslim mosque located downtown. The famous mosque is a landmark of Beirut and an oasis of peace among the rush of traffic and pollution.

We quickly discover that the real 'war zone' of Lebanon is not on the borders but in Beirut where the roads have no pedestrian crosswalks. You run like a chicken at every road crossing, "pray for your life,” and hope that cars will stop for you.

While avoiding traffic you are also likely to run into a huge pile of rubbish, as the city's trash lies in huge piles on roadsides. An internal row over who wins the trash contract has paralysed local garbage pick-up.

And if the traffic or garbage isn't going to get you perhaps the loose electrical wires will. Wiring hangs lose from every telephone pole, possibly explaining power cuts that happen across the city every half an hour.

The city has an interesting mix of bullet ridden and crumbling buildings, beside new buildings being erected. It makes me wonder why this city was called the jewel of the Mediterranean.

My favourite piece of architecture is a huge bomb proof concrete Cinema built in the sixties as I think it sums up Beirut. It's certainly somewhere you would feel safe enjoying Hollywood’s finest imagery, but don't step outside.

My second architectural delight is the Sursock Museum. It's a donated old mansion in a unique Lebanese and Italian architectural style that holds local modern art. Located in the historic Rue Sursock it has a delightful outside cafe and is in the leafy upmarket area Achrafieh.

After seeing the beauty of the surrounding countryside and surviving the various perils of the city, myself and my friends save the last night to discover where perhaps the dangerous fun side of Beirut lies: the late night party scene.

Beirut is well known for its party scene. It has cool venues like B018, an underground club which opens at 2 am. The club is located where there was once a refugee camp, housing South Lebanese, Palestinian, and Kurdish during the civil war. Entirely open to the elements, with a retractable roof, you can dance the night away under the stars until the sun slowly rises. The club has a host of world class DJs but be prepared for a hefty bill, as entrance is USD 40 (37 Euro) per person, and cocktails cost around 25,000 lebanese dollars (15 EUR0).  You won't need many of them though as the lethal nature of the drinks will make sure you don't go home sober.

While Beirut wouldn't be top of my detonations, whoops, I mean destinations, I will never forget the mystery and wonder of Baalbeck. I appreciated learning about the country, its' rich history and culture and I feel sympathy for its citizens who hope that the recent election of President Aoun means an end to years of political uncertainty. 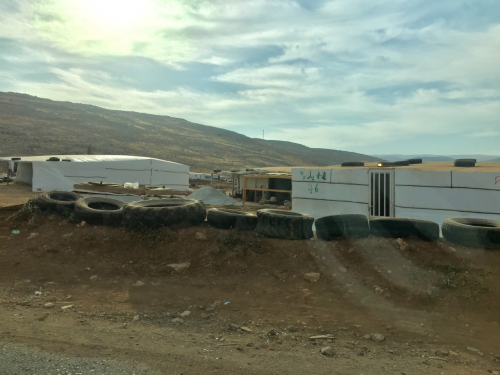 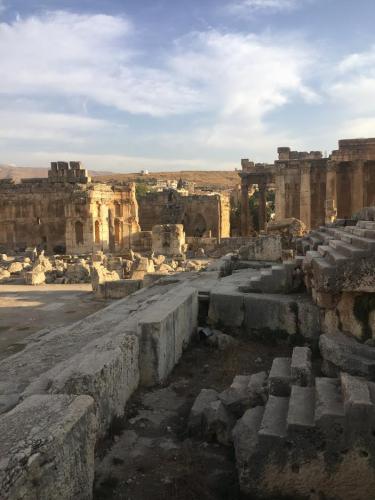