Analysis: A caudillo losing his grip 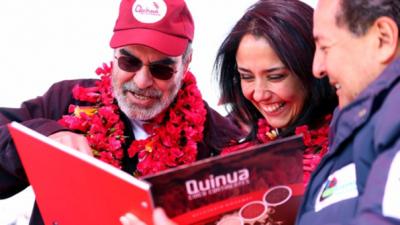 “Why such a big mistake?” a veteran FAO observer asked, “You would expect that an experienced chess player wouldn´t make an amateur bet.”

“Was he protecting Brazilian former President Lula and his cronies who contributed to the alleged financial wrongdoing by Nadine?” the seasoned observer asked.

“It is possible,” the observer told the Insider, but he added: “Graziano had a good record of decisions affecting FAO´s credibility and contributing to the cult / benefit of the maximum leader (Lula).”

“But after Lula´s demise there is speculation that Graziano is more interested in promoting himself as a candidate for a Nobel peace prize.”

Diplomatic sources said the imprudent decision to give the Geneva post to Heredia, who was calling in a favour for the previous Peruvian government voting for Graziano, also reflected the results of his tinkering with FAO internal management machinery and structures in recent years to give himself more executive power.

“His work to undermine the checks and balances was so perfect that he is isolated and poorly advised by yes-people around him such as Altmaier, Genari- the new super custodian chief statistician, Mario Lubetkin, Muthoo, Servan, and Thomas, the future new Deputy Director General, Villarreal and Enriquez Yeves,” said the source.

Nadine’s bizarre appointment also reflects the low cost approach to recruitment that has become the norm at the FAO recently, the observer added.

“In order to reduce the time and cost of recruitment processes, a roster of suitable candidates has been adopted. Candidates qualified as suitable for an specific position but not hired can be appointed to fill ‘similar’ vacant positions.Those vacant positions are not necessarily announced.”

“This procedure has been reported to the program and finance committees (look at the documents of the last session) as marginal but used to speed up the hiring process and to reduce costs."

“However no figures (and information about what similar positions means) have been provided to demonstrate that this is a secondary path that complements the more rigorous but expensive protocol.”

He added: “At the same there are persistent rumours about phone calls to managers recommending to interview and ensure that specific candidates are included in the shortlist. Candidates that would not be selected for that position but would be eligible for other positions. There are no emails, no written instructions but many phone calls and coffee meetings.”

“The FAO claims that Nadine’s hiring process adheres to the rules at the agency, this is probably true if we consider those new low cost procedures. Was her position announced? Did she participate in a different selection process and was she shortlisted to be appointed in an unannounced position?” 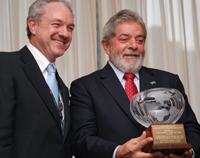