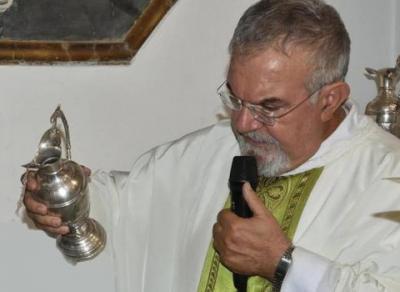 PALERMO – An exorcist priest, Father Salvatore Anello, was arrested Friday on charges of sexual harassment after allegedly molesting some of his followers during 'healing' practices, police sources said.

Arrested for sexual violence and imprisoned, the 59-year-old was well known amongst his followers and throughout the city for his exorcism rituals and healing interventions. The priest, who was also a military chaplain, was arrested Friday by the police inside the Capuchin convent.

Fr. Anello is accused of having abused various women, some of which were minors, who went to see the priest in order to be healed and cured. Numerous victims have come forwards with statements to police.

Salvatore Muratore, a 52-year-old army officer in Palermo, has also been arrested. Muratore was a member of the ‘Rinnovamento dello Spirit Santo’ (Renewal of the Holy Spirit) community, and is accused of taking advantage of four women and one minor  in a fragile psychological state.