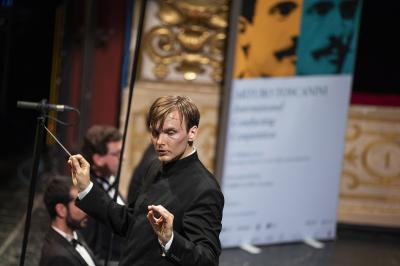 “It has been an extremely complex and ambitious project,” stated Alberto Triola, Superintendent and Artistic Director of La Toscanini. “not only because of the novelty of the format but also for the number of participants - candidates, contestants, teachers, singers, musicians and choristers, and the juries and the commissions that followed and evaluated the 12 participants, from the first day to the final.”

“The “Arturo Toscanini” competition had been thought as a great event for the Italian ‘Cultural Capital’ of Parma. The pandemic emergency stopped us abruptly last year, but tenaciously the Fondazione Toscanini defended a project in which we believed and believe, both for the value and the love we feel towards the opera, and especially for Italian opera, and for the need we feel for giving a concrete help to young artists, conductors, and singers, especially in this phase of restart of the artistic practices.”

Born into an era in when learning to conduct didn’t involve any courses or competitions, the renowned and mythicized Arturo Toscanini, a genius from the city of Parma, was a “virtuoso leader” that “moved a war against virtuosism” (Adorno, 1959), where every gesture of his was “a theatrical gesture […] perfect example of art that hides art” (Sargeant, Geniuses, godness and people, 1949). His legacy today is a light for a Jeune Garde of excellent conductors, of which Vitali Alekseenok, Felix Hornbachner, Sasha Yankevych  are no doubt some of the brightest examples.

Jesús Iglesias Noriega, Artistic Director of the Palau de Les Arts, Valencia said Toscanini “always taught discipline in the work and respect for the score. And he created a school”.

“A conductor is much more than a person that conducts a concert, he is a Maestro,” said Augusto Techera, Chief Coordinator of the Artistic Production of the Teatro Colón, Buenos Aires. “To build a career, on the footsteps of Toscanini, means to start a long journey of work, study, sacrifice, and humanism.

Richard Hetherington, Head of Music of the Royal Opera House, London, said, “it is beautiful to see how all the finalists of the Competition are at a very high artistic level, but every one of them with a different musical vision. Each of the three conductors has precise ideas, delivered with charisma.”

The Final of the Competition took place on Saturday, in the shape of a concert open to the public, in the Teatro Regio di Parma, presented by Stefania Bonfadelli and Paoletta Marrocu.

Each of the three finalists was evaluated on a ‘duetto rossiniano’ and one act from a Verdi opera, conducting the Filarmonica Toscanini and the Coro dell’Opera di Parma.

The occasion was enriched by a set of extraordinary singers. The jury president, Maestro Luisi, said, “I would like to thank especially the singers who helped our candidates, giving their best to make music together with the three young conductors.”

In the closing speech Alberto Triola said, “the competition was an occasion, not only for the three finalists, but also for the many singers coming from the most prestigious Italian academies, to let themselves be heard and to test themselves in front of an audience. We are happy and proud that this format dedicated to the Italian Opera was such a great success.” 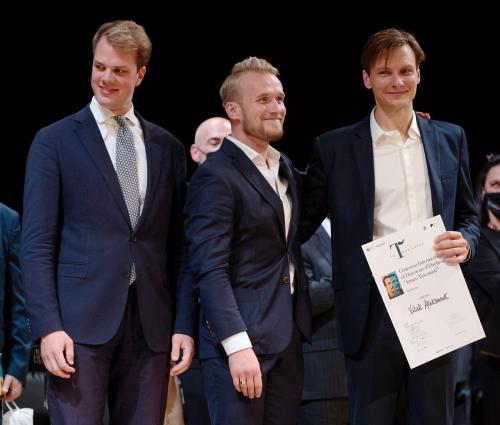